I am an engineer and generally introverted. But I was asked to talk about the future of education, innovation and technology in South Africa, and make it sound interesting… I don’t even know how to make things interesting, but I’ll try. I’ll be touching on the fourth industrial revolution and whether we should be scared or not. So let’s start with taking a cold shower. 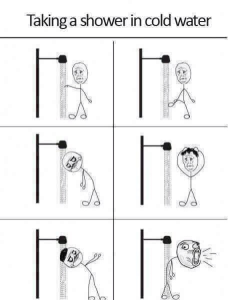 So, first, education. What do I think education is?

I think that education should be empowering the next generation to surpass the current one. So, it should be a tool to uplift the poor. In South Africa, there are two main branches of education, broadly speaking, public school and private school. Followed by tertiary education which are colleges, university or Technikons. After finishing school, you are expected to go out and contribute to society. You normally have two options, go work, or go study. And in the South African context, If you don’t have a “Matric” or Grade 12 certificate, your chances of finding a job are low, or you are unemployed.

According to Stats SA, the population is spread as 41 mil, 4.6 mil, 1.2 mil, 4.6 mil, black, coloured, indian and white South Africans. In 2008 the unemployment rate was 23.5 %, and at the end of 2016 26.5 %. So why in South Africa in 2017 with a population of roughly 50 million people, is there a 25-27 % unemployment percentage? This unemployment percentage corresponds to roughly 13 million people. And roughly half of that (6.5 mil) are youth Unemployment (Under the age of 35). Should we be worried? What is the cause? Fault of Government? Fault of Apartheid? Entitlement? Industrialisation? Politics? Innovation? Access to information? Little future foresight? I don’t know. There are obvious consequences of such high unemployment, For now, High crime levels in South Africa.

The news of the fourth industrial revolution is possibly going to make this worse. If you haven’t already heard about it, you can watch this video by the world economic forum to gain insight:

If you didn’t get a chance to watch the video, here is a summary of the parts I thought were interesting:

The technologies which will drive this fourth industrial revolution are believed to be artificial intelligence, robotics, the Internet of Things, autonomous vehicles, 3-D printing, nanotechnology, biotechnology, materials science, energy storage, and quantum computing.

It is currently estimated that these jobs will eliminate 5-20 % of existing jobs. Maybe your children will be taught by robots. Or in South Africa, the meter taxi drivers and uber drivers will all lose their jobs. Maybe it will take a little longer to reach South Africa, but the technology exists today.

For me as an engineer who finds all this new technology exciting, I am also faced with the realty that it doesn’t change the fact that today there are 15 million South Africans who don’t even have a job in today’s day and age. Many South Africans don’t have the means to put food on the table. Maybe innovation and technology is doing more harm than good to the outcomes of the third industrial revolution? Somehow, within the next 5-10 years, the 7 million youth unemployed people will need jobs. And I hope you didn’t forget that the children will need to be educated to meet this new revolution. That said, if you haven’t realised by now, this is the part where you go Oh F***. 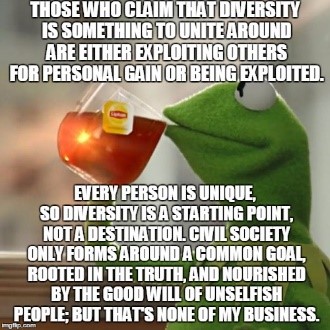 How are we going to solve this problem? I have no idea. I think right now, South Africa could expand job creation in the construction and agriculture industries. Why? Because, you need jobs for people who mostly don’t have a matric. Construction and agriculture offer development opportunities because these industries easily achieve the target for a labour intensive workforce.

On that note, Mckinsy recommended in the 2012 Africa report that huge labour intensive farming for bio-fuels will provide jobs. This is only while assuming that robotics is far enough away from South Africa that this industry may be viable for the next 15 years.

Until government or industry start investing in these areas our job landscape will continue to be barren like the karoo and kalahari. In the meantime, the education sector needs to be changed by giving children access to the internet, in bulk, so that it is not financially viable to steal or sell computers. Children need to be taught enough to understand what they learn, but also enough to question what they learn. Is it valid? Is it correct? Is it historically accurate?

Both education and job creation will be like taking a cold shower. Because they’re unpleasant. I haven’t touched on many other issues like socio-economic things and race issues, because I don’t have all the answers. But for now, I will try to Wake Up and Shake Up South Africa.