Driving back to the office from the police station on a Saturday morning (I’m a lawyer, didn’t just get released from detention), when I stop at a traffic light, on the corner of Grayston and Rivonia roads. Nothing new – there’s a gentleman approaching as many motorists as he can in the few seconds that he has before the light turns green again, to request some sort of financial donation or support. The strategic planning and / or rehearsal of these traffic light hustlers has always had me quite interested. Considerations such as duration of the red light, what kinds of cars or individuals to approach first & what to say to those you approach are surely taken into account to ensure the maximization of earnings for the day? It’s not always as easy as just standing there, I always think.

“He didn’t seem homeless but rather dressed himself the way he wanted to, the way he felt he could express himself, as an artist does.”

But I digress – what got me thinking today was this particular gentleman, let’s call him Mr Musician. From the outset it must be asserted that he was obviously an artistic individual. He didn’t seem homeless but rather dressed himself the way he wanted to, the way he felt he could express himself, as an artist does. And I was not incorrect in my presumptions – this gentleman was some sort of musician, trying to cease the each red-light moment and sell as many copies of his CD as possible. 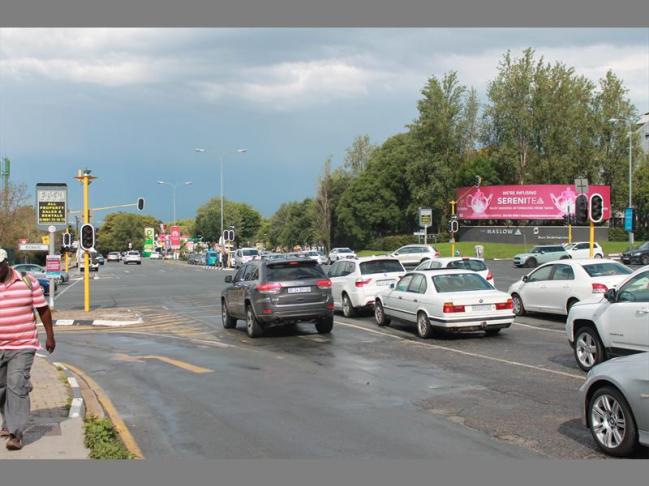 At this juncture I wish to express my first reason for admiring him. In today’s day simply standing and begging is not bound to reap many positive rewards. When I see the crate-dancers, or those who place amusing jokes on placards, or even the gentleman down the road from me who has been selling pens at R5 for as long as I can remember, I am actually impressed. I feel like those individuals put in an effort and thus show a certain zest for life. Those individuals haven’t let unemployment or their circumstances bring them down. They have committed to forging forward and they’re helping themselves, instead of merely depending on help. And just like majority of society I’m sure, I am very enticed to help someone who has helped themselves. Mr Musician has not merely advertised his record online and sat at home waiting for a call. Mr Musician had literally gone out onto the streets. As a former part-time store promoter I know that this is one of the hardest ways to sell a product. So kudos to him.

“…a young gentleman at a robot in Africa’s richest square mile, following his real dream.”

What’s arguably more admirable though, is Mr Musician’s dedication to his career path. I mean, I don’t know his circumstances and for all I know he may be pursuing a career in music part time. However, that would still be something to note considering he would be working five days a week at his other job and spending weekends cold-selling his music. I think my admiration really stems from the fact that I was once an aspiring artist. An aspiring singer-songwriter to be precise. I evidently did not have enough passion for said career path to continue the pursuit. Or perhaps I was just not as relentless as Mr Musician.

We live in a time when it is drilled into the mindset that one must obtain a good education, in order to secure a good job so that one can have financial security. This is a time that, more than ever before I believe, disallows people to be themselves and follow their real dreams. This is a time where money is the ultimate universal goal – a goal which is thrusted upon everyone whether that’s what they want or not. It a time when people who dare to not conform to the commerce-driven world are faced with a man-made paralyzing fear. In all honesty, I think it’s a time when the definition of humanity is being challenged.

For these reasons I think it is absolutely wonderful to see a young gentleman at a robot in Africa’s richest square mile, following his real dream. Pursuing his true passion. Doing what makes him happy, and not conforming.

Now, I’m not advocating that everybody should forego what they’re doing in favour of artistry – such recommendation would actually be contrary to my entire point. What I am trying to highlight is the importance of not being consumed by the dictations of the world to the extent that you are told what you want to do with your life. Bravery, that’s what I intend to promote with this piece. Be brave and courageous to know yourself, what you stand for and how you want to spend your life. Because the most notable difference between Mr Musician and 70% of the motorists he approaches is that Mr Musician is poor and happy, and those motorists are rich and miserable.